This was a weird one. After de-capping Analog Devices OP275 from audio opamp assortment kit I was surprised to see familiar Ti NE5532 die. As it was quite unusual, I de-capped original Ti NE5532 (directly from their e-shop) to confirm that older photo was indeed from genuine part, as well as one more fake OP275 to confirm that there was no mistake.

It looks like someone remarked Ti NE5532 as Analog Devices OP275. Die attach and properties of plastic package also suggest Ti origin of this part. 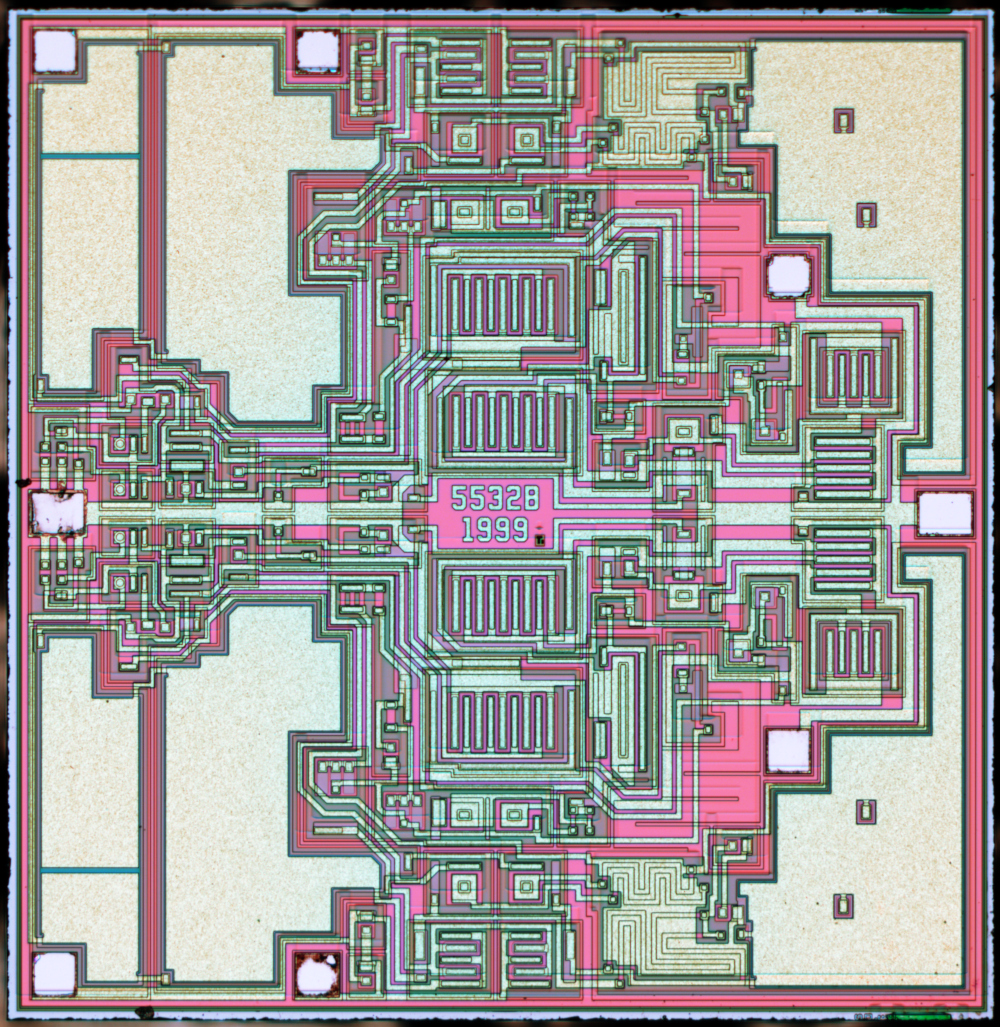