We have spotted yet another real/fake pair of very common microchip. This time it is Ti NE5532. NE5532 is a very fine opamp which will do just fine in 99% of audio applications. I afraid it got at bit of bad fame due to fakes which have quantitatively slower slew rate and sound objectively worse. 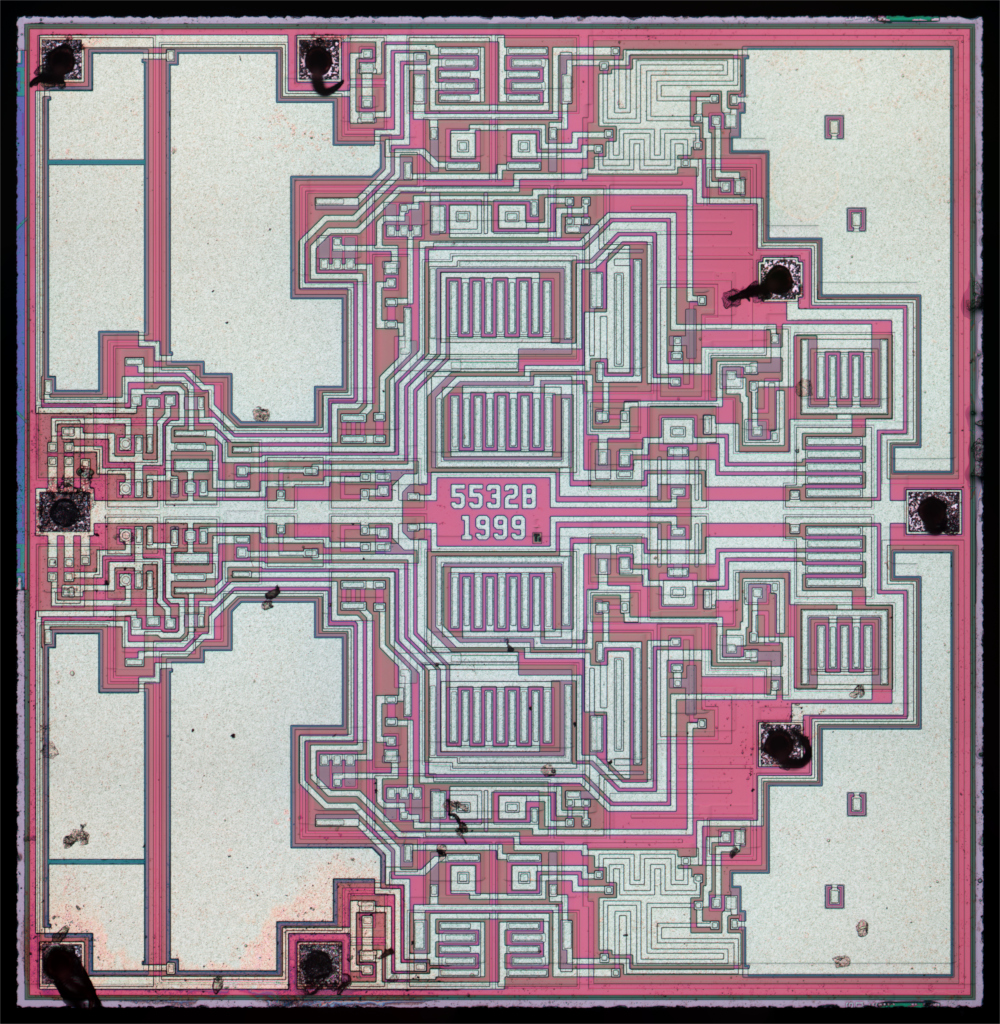 Fake Ti NE5532 is much smaller and have much simpler design. Bare minimum to operate as opamp: 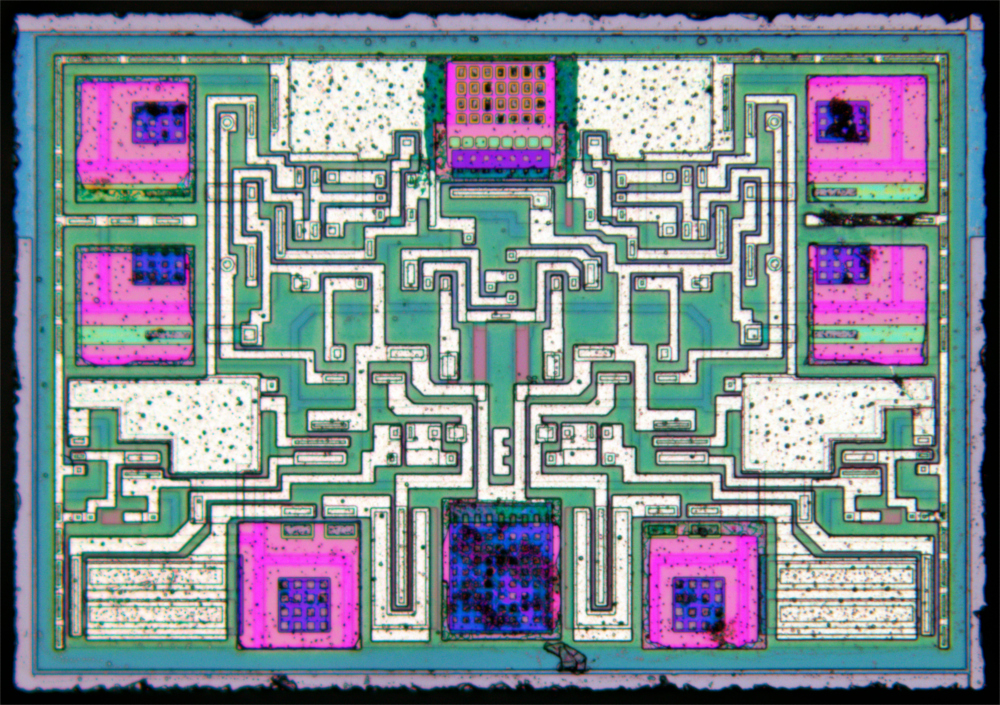 SnipTheCat at EEVBlog forum noticed that these have much slower slew rate vs datasheet.

This IC was from one of these "Ti NE5532 100pcs for 4$" ebay lots. On the back side it was marked as "Tdsemic", which probably means it was manufactured/packaged at 拓电半导体（香港）有限公司 (TD SEMICONDUCTOR LIMITED.).