This is the chip found in simplest possible device one could sell - blinking warning light made somewhere in China, which flashes 2 red LEDs sequentially. Chip was bonded directly to PCB.

Chip internals are more complicated than one would imagine - there are 5 LED channels, only 2 of which are used here. Layout resembles other blinkers we've seen in the past (flicker, RGB). It's fascinating that there is a company somewhere specialized in making LED blinkers of various kind and doing just fine. 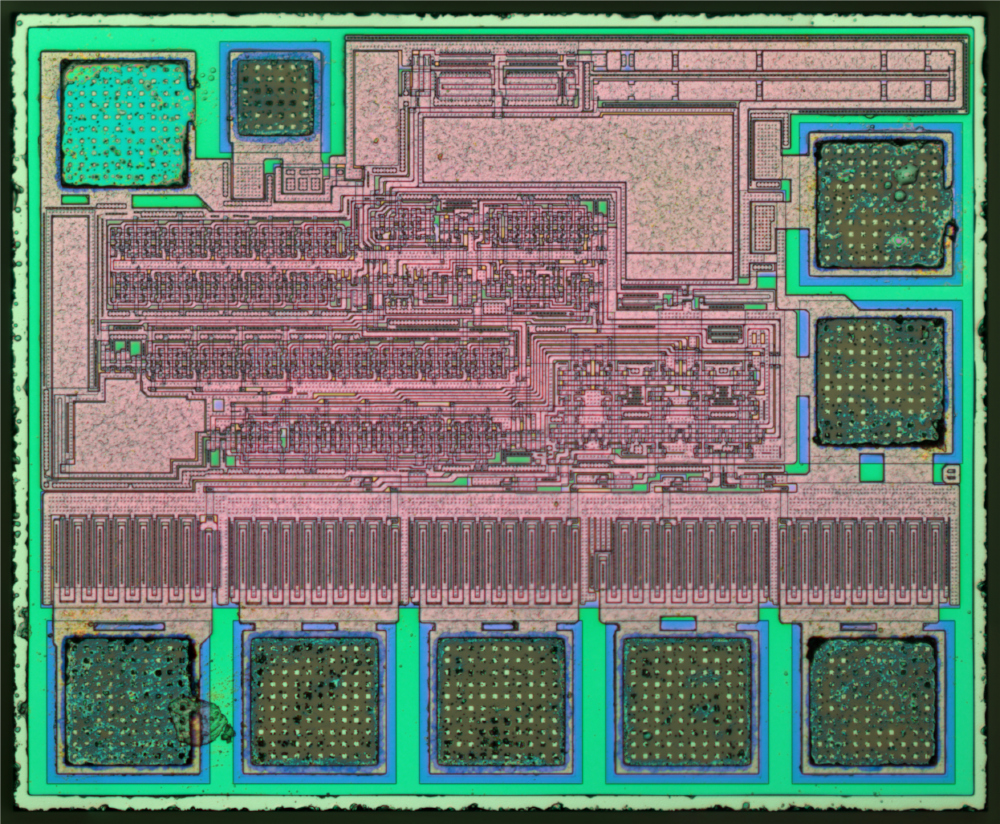