KT315 (npn) and KT361 (pnp) - are the first planar epitaxial transistors manufactured in Soviet Union. Manufacturing started at the end of 60's. The oldest KT315A we were able to find was manufactured in march 1978.

You can see dicing defects, and alot of extra space around the transistor.

Crystal body is collector, at the center - base, and around it - emitter ring. Base goes under emitter, and continues on the other side of the ring. 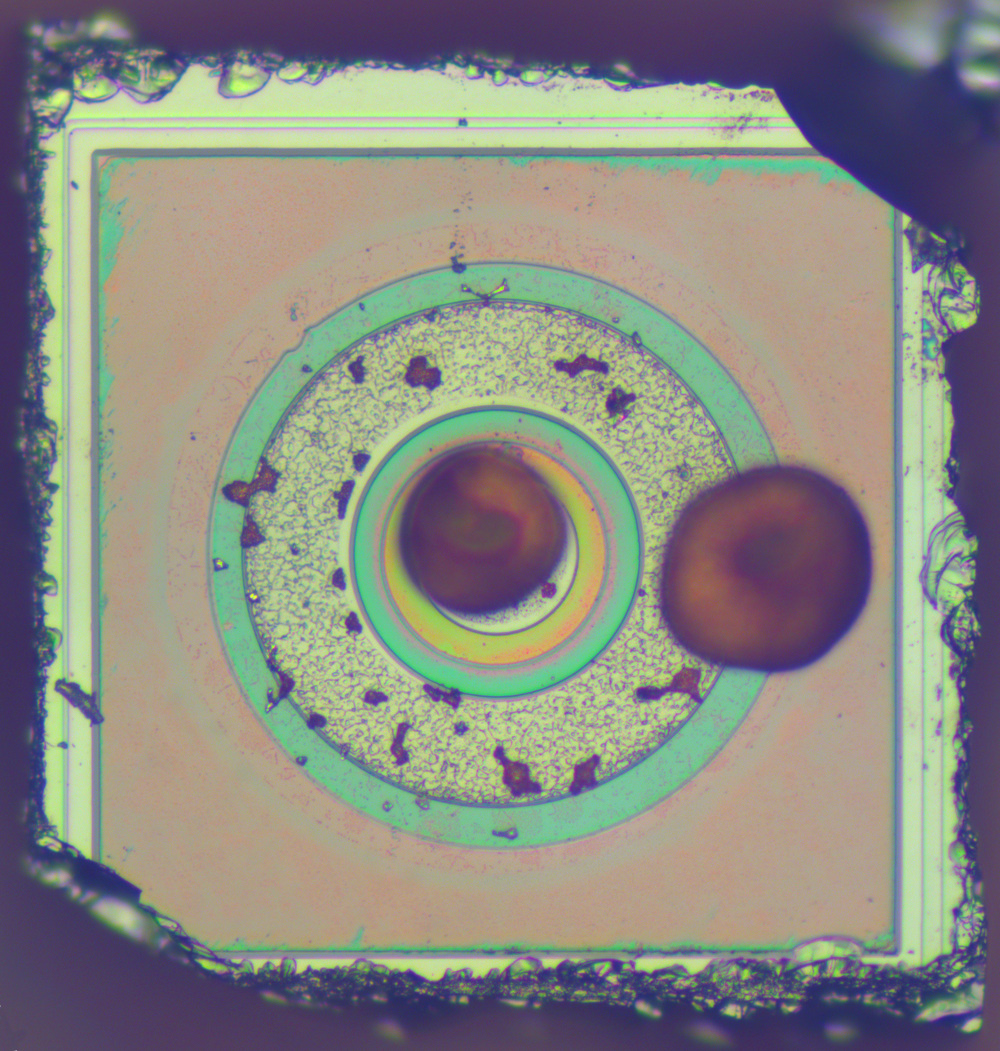 Then we can see how much progress was made in KT315G, manufactured in February 1992, after 14 years of evolution.

Die area is used much more economically, dicing is almost ideal. You can only notice slight lithography issues, but nothing critical for BJT's. 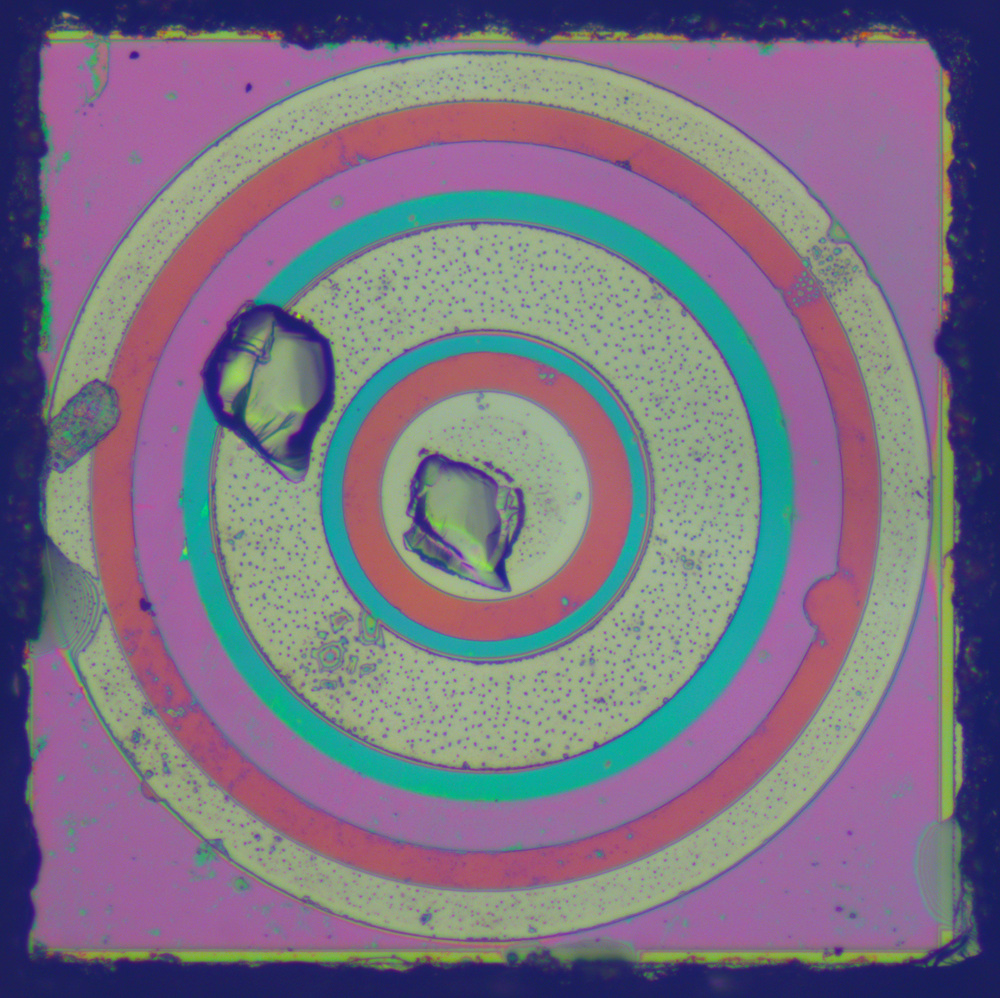 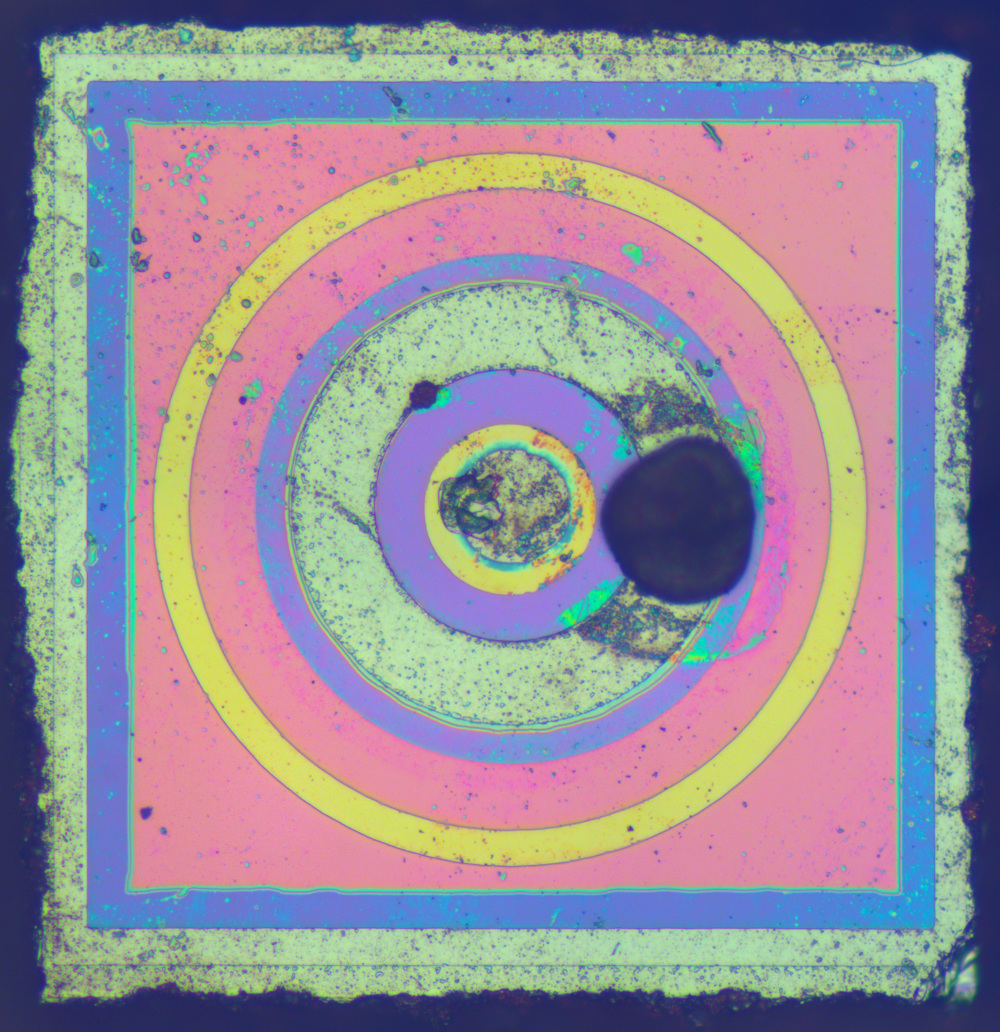 Comparing to modern NXP BC847B (which has comparable parameters), we can see that die area was halved due to square form of the transistor, rather than circular, but the whole structure is still the same. 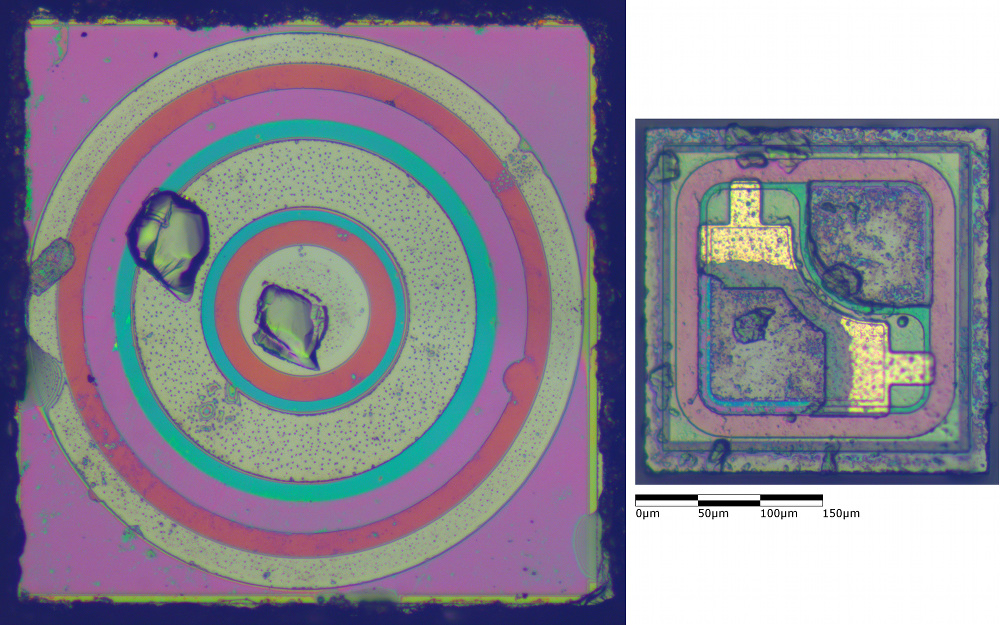