Many of you might have heard about Baikal-T1 - Russian implementation of dual core Imagination Technologies MIPS P5600 32 r5 with on-board 10Gb Ethernet. Baikal was the first to implement P5600 core in silicon.

CPUs itself (had to go through 4 pieces to get a good die): 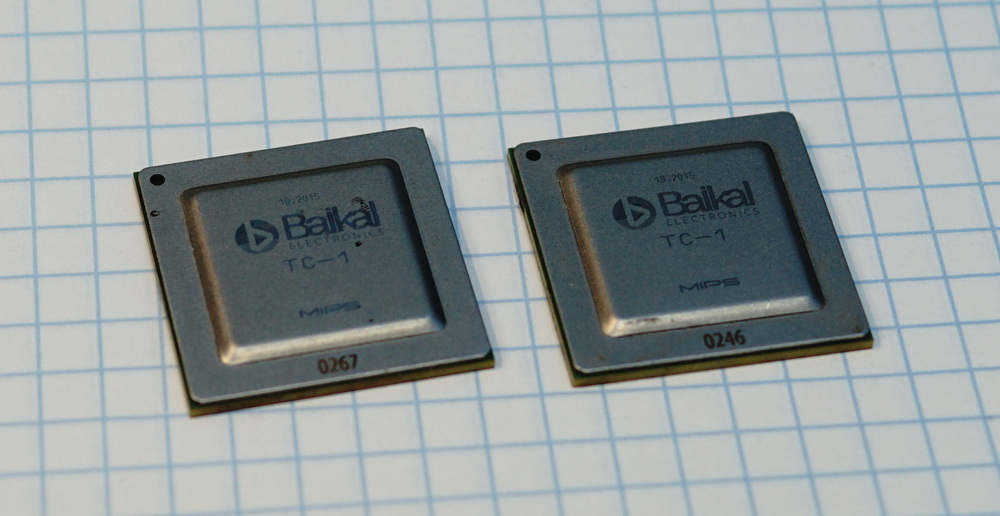 BGA-substrate and heat-spreader are similar to other modern CPUs. It's flip-chip BGA:

Die itself has contacts over all it's area, majority of these are VCC/GND nets. This is required not because of high power consumption (it's actually not that high, ≤5W), but rather to reduce inductance of VCC/GND nets. Again, majority of modern CPU's/SoCs use the same approach: Taking a closer look: This is what I suppose a monitoring block (could measure temperature/inverter loop oscillation speed for example). Around the block - sea of dummy cells:

One of the smallest generated memory blocks. SRAM area uses only small fraction of it (the rest goes for row/column decoders, sense amplifiers and IO logic). Again, around it we can see sea of dummy cells (one cannot just leave it empty - this would cause uneven height which will ruin lithography of metal layers): 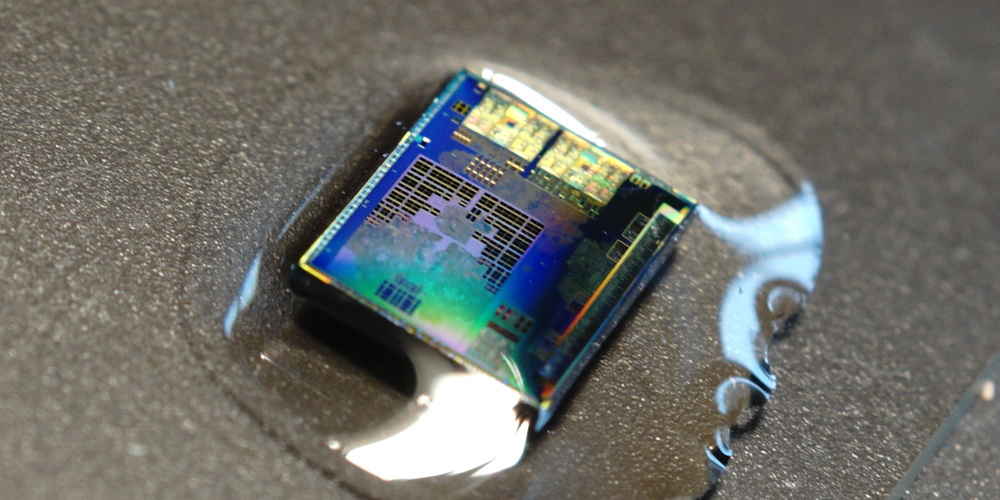 In my view Baikal-T1 is a large step forward for Russian civilian microelectronics. It uses modern commercial core, it is designed using industry-standard flow and manufactured using high-volume commercial technologies. Finally it uses open source compiler and OS - which makes it much easier to support and work with comparing to infamous Elbrus. Using non-standard solutions in situations where they could have been avoided was the curse of Russian microelectronics, until Baikal.

That's it for now. If you like articles like this one - you can now support us via Patreon or other means.