Nordic NRF24L01+ (NRF24L01P) is a very popular 2.4Ghz transceiver used in countless consumer products. Not surprising that we've came across it's fake. 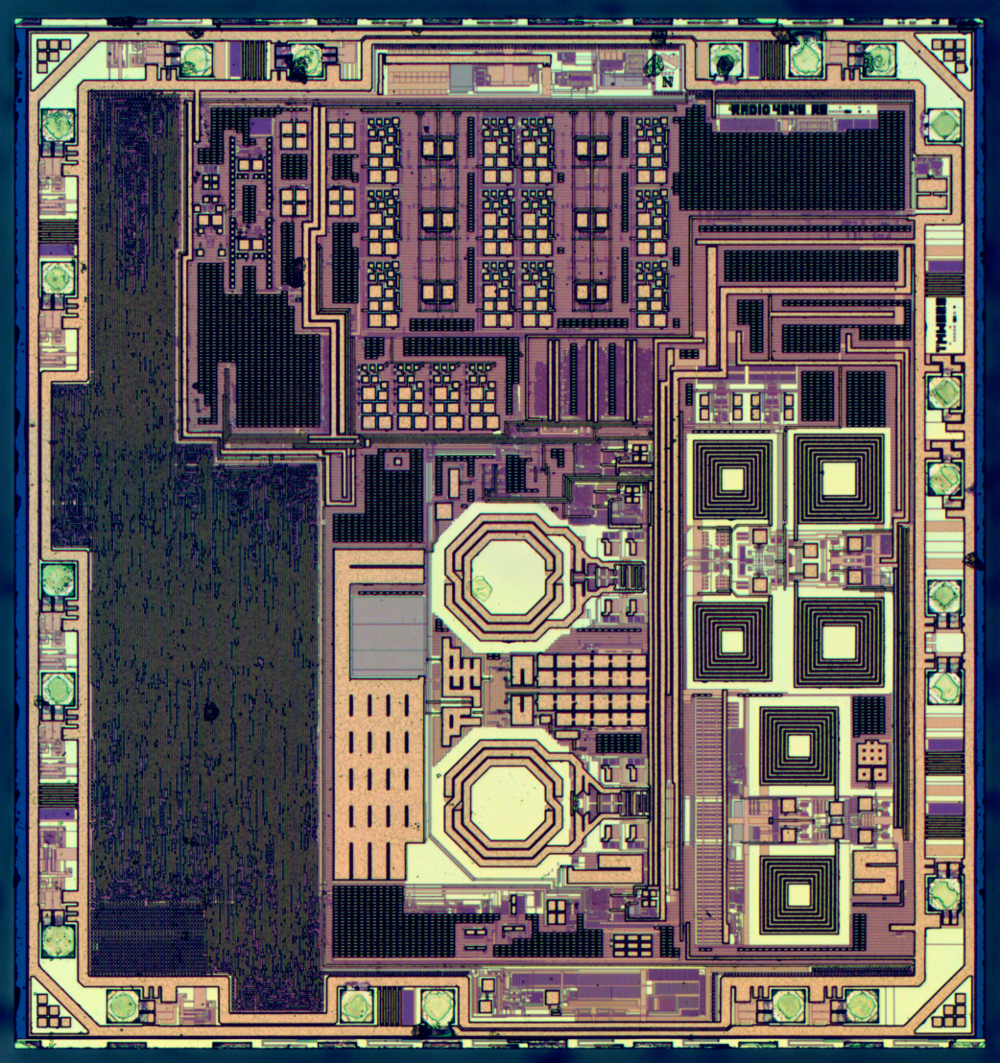 Nordic logo on the die:

Compatible/counterfeit: This chip was extracted from "cheap" RF module (<1$): 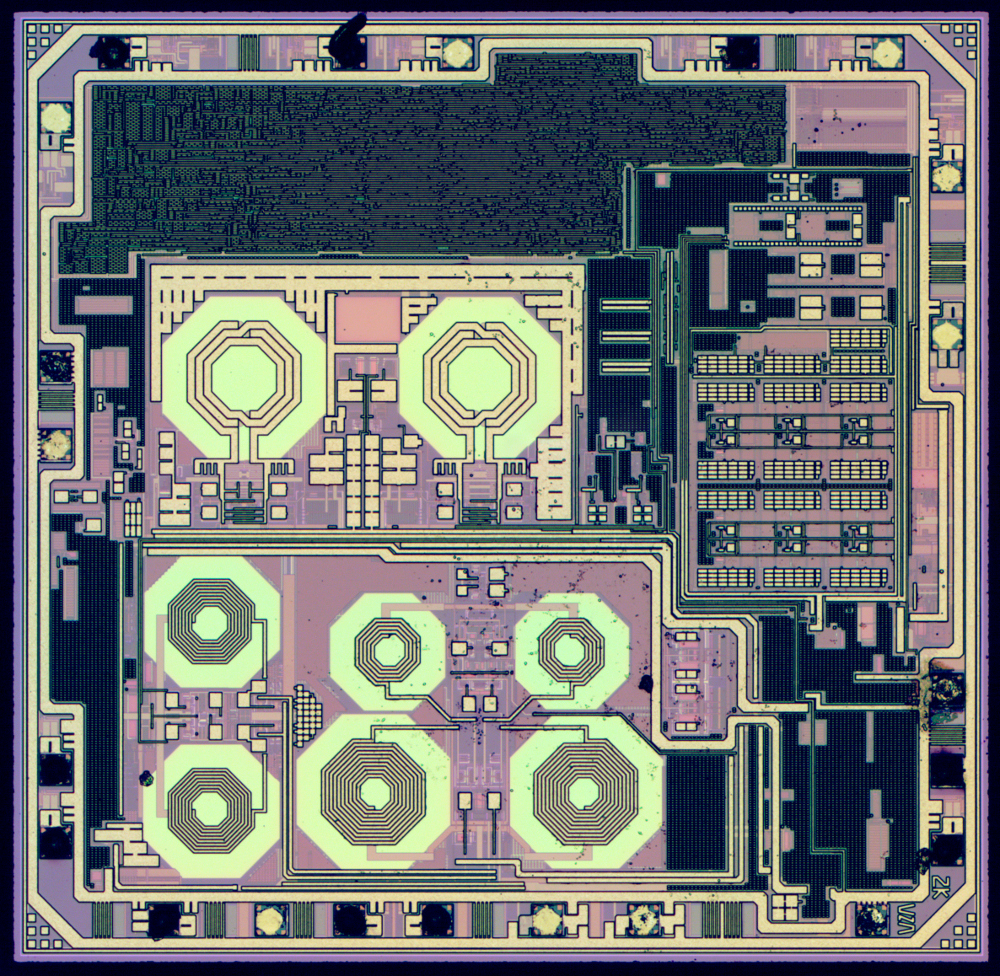 Chip marking is similar, though not identical (genuine one on the right): 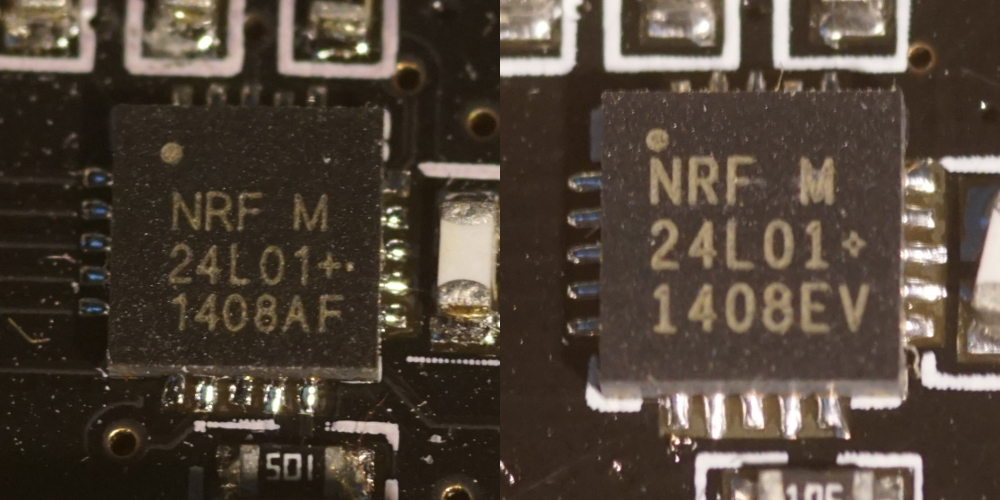 Despite there were no functional differences reported (yet), one could expect that 350nm compatible chip will have slightly higher power consumption and slightly lower sensitivity. If only this chip was marked properly (Like SI24R1 - one of compatible chips) as compatible - that would have been totally legitimate business. But currently designers, manufacturers and end users are mis-leaded.