Giga Devices was a serial flash manufacturer for quite some time. When they launched their ARM Cortex M3 lineup (with some level of binary compatibility to STM32) - instead of going conventional route of making numerous dies with different flash and SRAM sizes they went for SRAM&logic die and separate serial flash die. How this could work fast enough? Keep reading :-) At least ESP8266 already taught us that executing code from serial flash and reaching acceptable speed is not impossible.

Use of serial flash allows Giga Devices to increase maximum flash size in their microcontrollers quite a bit (currently they have up to 3MiB) and to save quite a bit on ARM licensing fees (if they are paying "per die design"). 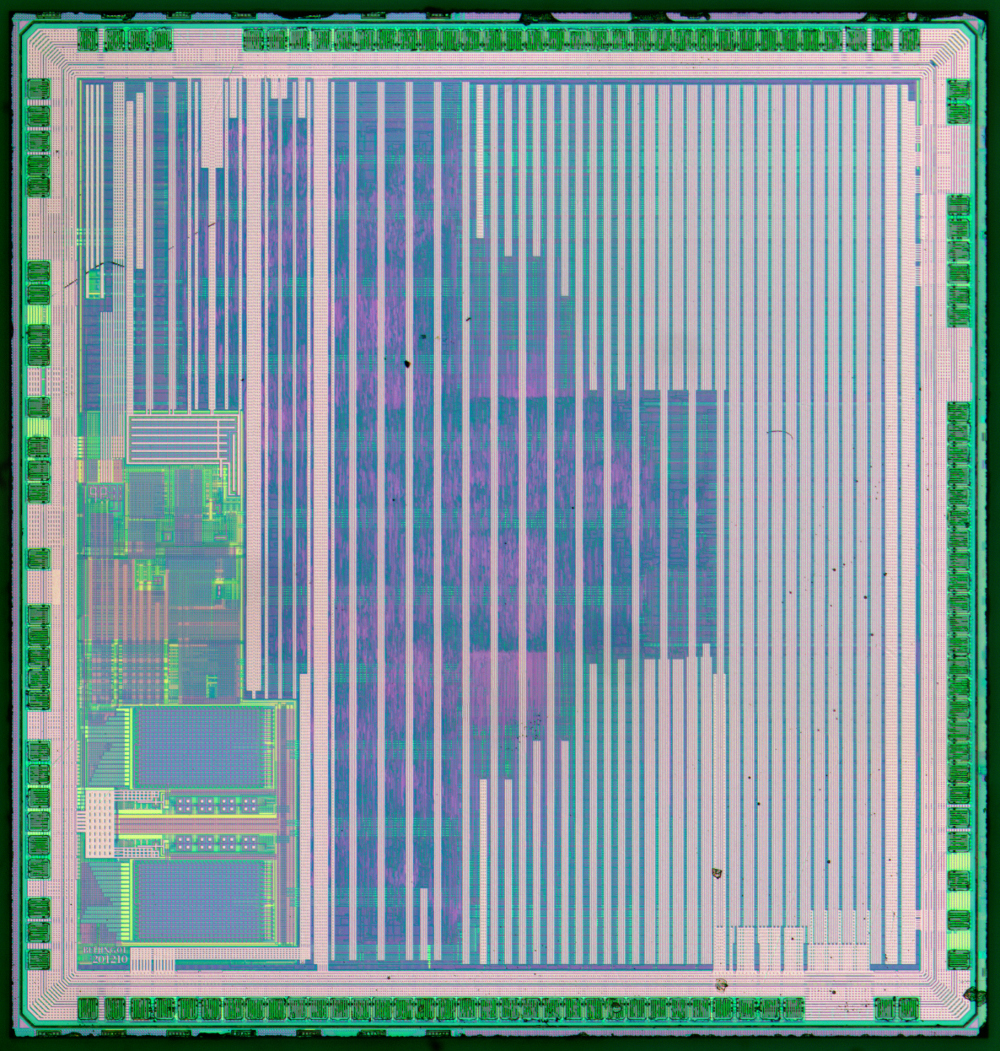 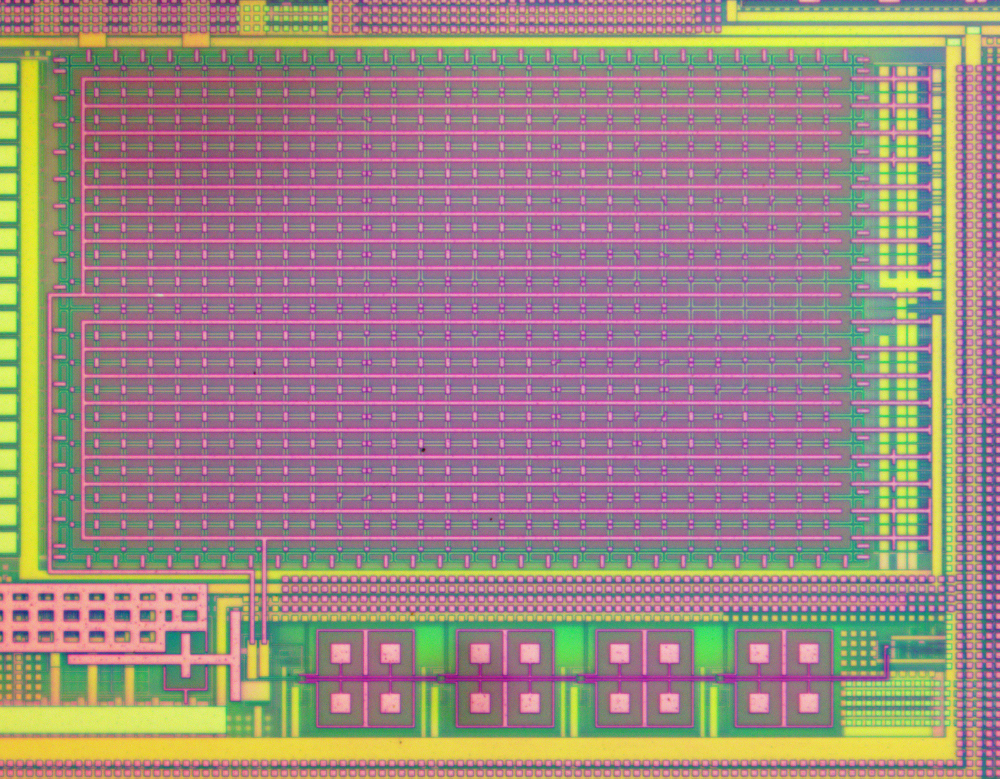 After etching to poly level we clearly see that there is no flash on the die: 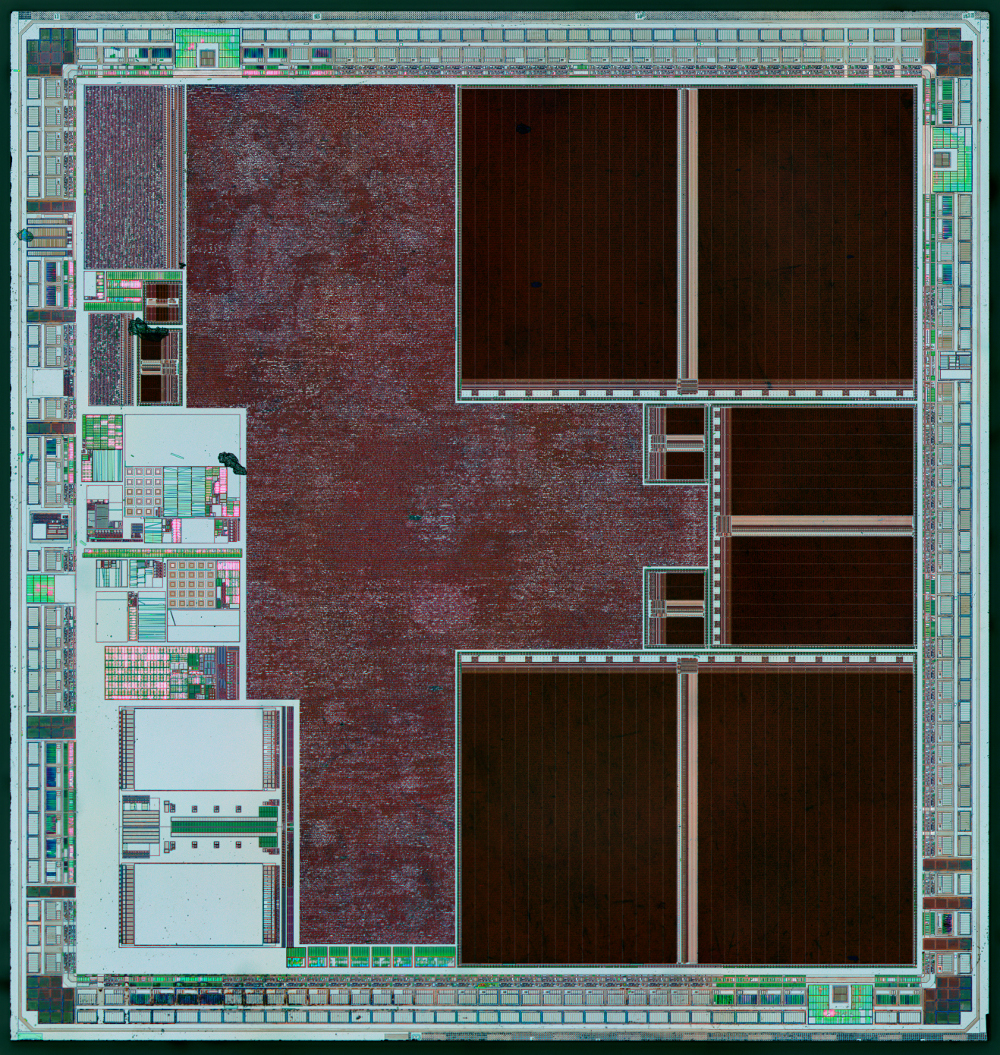 SRAM sizes are 32KiB in each largest block (128 KiB total) - stores code, which means first 128KiB could be accessed faster than typical flash. GD32 chips with 20Kb of SRAM or less have no more than 128KiB of flash, so all flash content is served from SRAM. This might also mean that startup time is slower than one would expect. With this SRAM mirroring it is not surprising that GD32 is beating STM32 in performance even on the same frequency and loosing in idle & sleep power consumption. Consumption at full load is lower than STM32 due to better (smaller) manufacturing technology.

2 smaller blocks are 10KiB each and are likely to be user-accessible SRAM.
4 smallest blocks closest to the synthesized logic are 512B each. 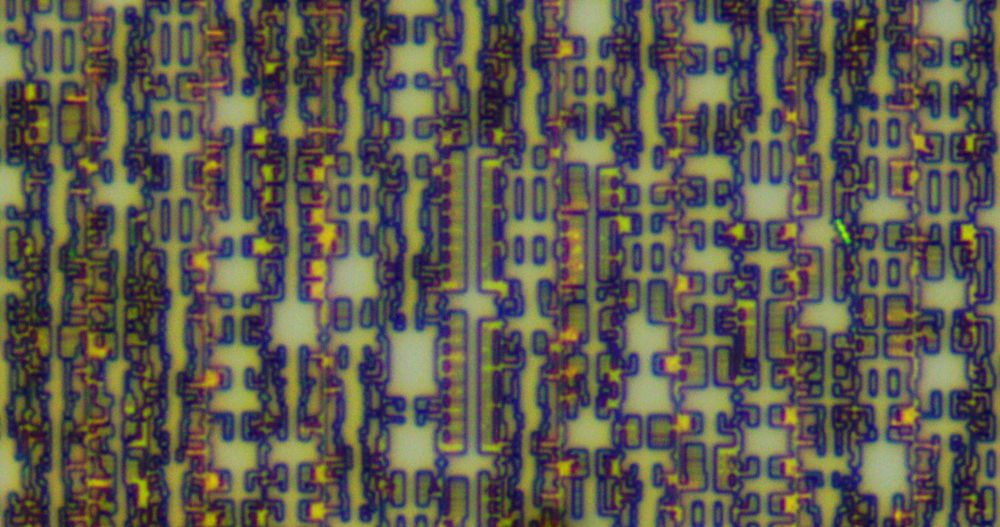 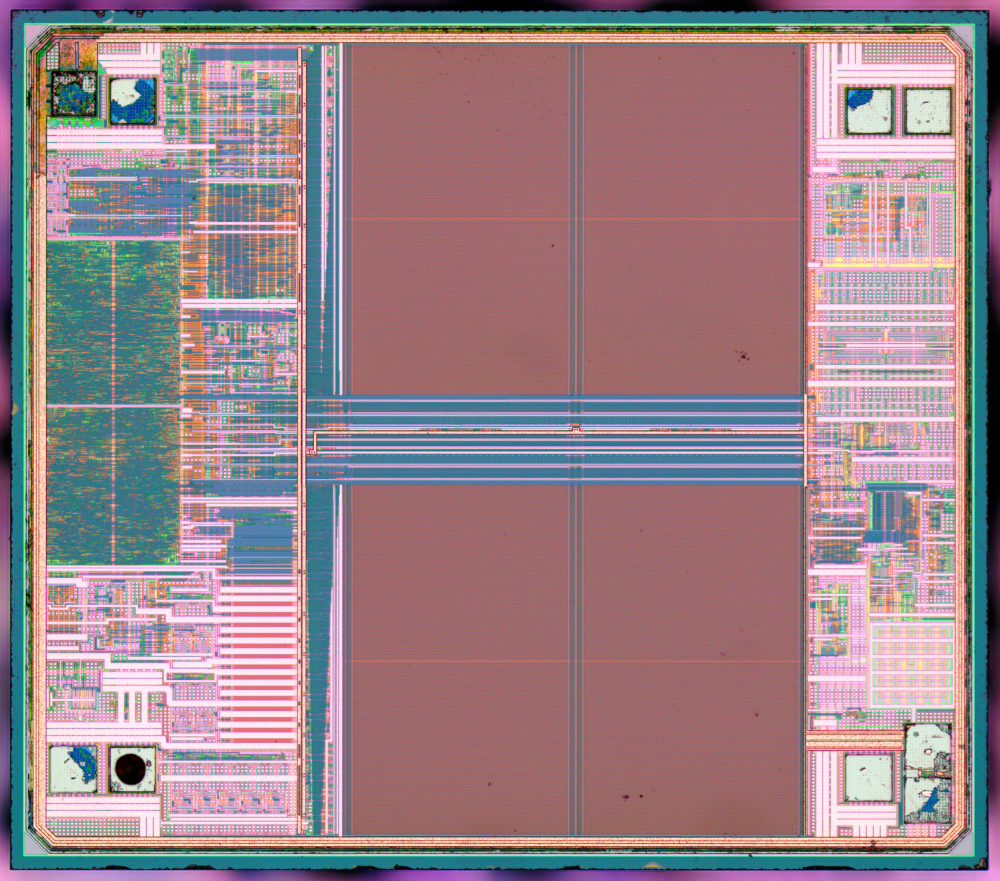 PS. Thanks for the chips go to dongs from irc.