You might have noticed, that there were extremely few posts in the blog over the last months. Well, it was COVID-related, but in slightly unexpected way.

As you know, I was in Moscow, Russia all these years. It was planned that in 2020 I will gradually relocate to Switzerland, move my whole lab, spend more and more time at new place closer to the end of the year.

Well, it did not happened this way. Daily coronavirus cases started to spike across Europe, and by May - all borders were closed. I ended up on 1-way evacuation flight from Russia with very short notice, organized by Switzerland embassy. Even 8 hours before departure - it was not certain if flight will happen at all. As we later learned - it was the last flight in the following 2.5 months.

I gathered 2 suitcases, and there was so much one can fit. I took shirts, 2 best microscope lenses, few decapsulated & previously imaged sample chips for first tests at new place, NVMe drive from my desktop - and that's mostly it.

In the airport it was easy to get to the right gate - it was the only flight out this day: 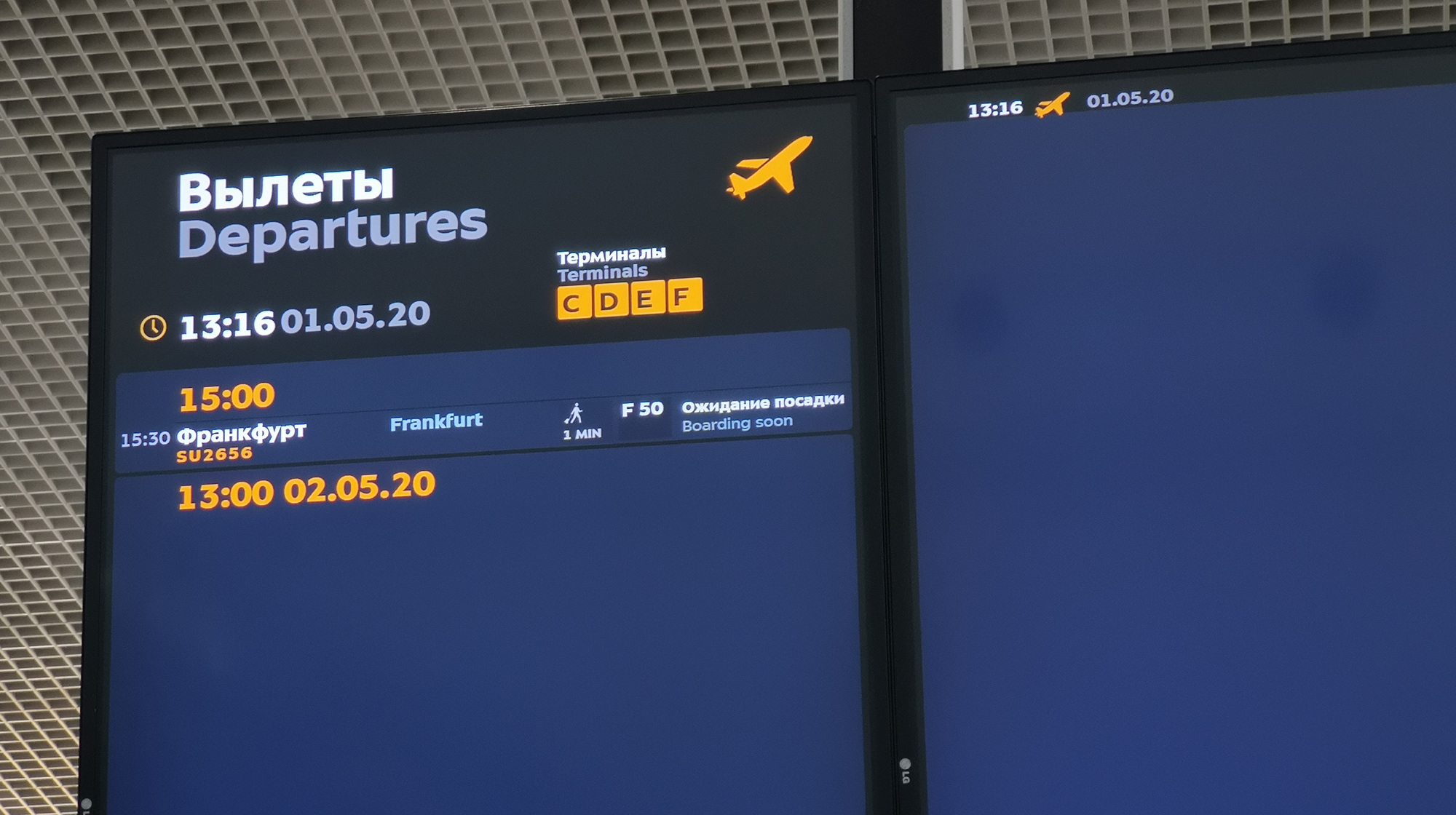 It will take much more logistics & efforts to continue chip decapsulation & imaging at new place - with full capabilities probably closer to the end of the year.

With that - It could be a good time to show how Zeptolab-2 looked like in Moscow. Here you can see 2 main microscopes : stereo + Olympus BX60. My older Chinese microscope is hidden on the shelves. 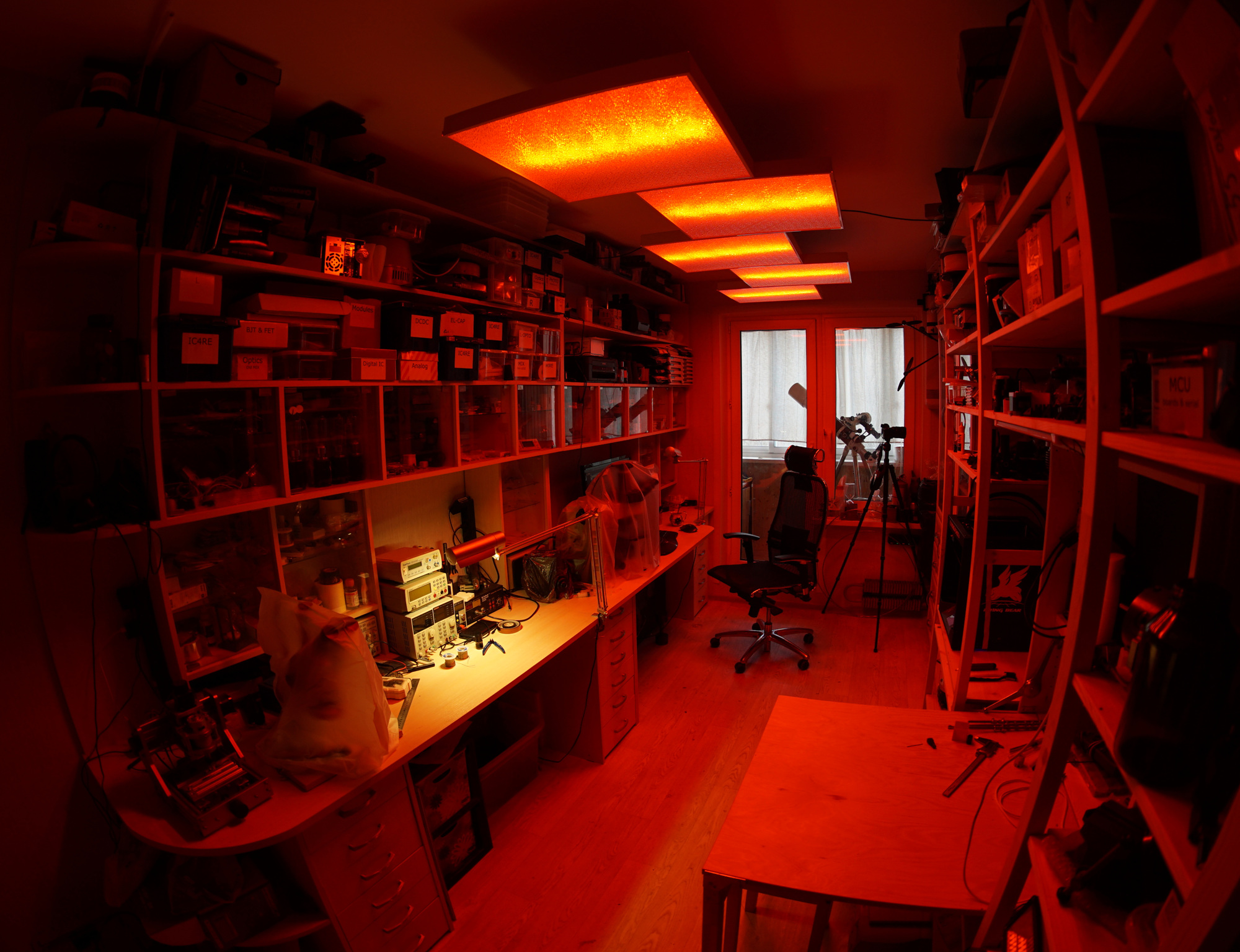 This is where etching was happening. Box on the left - small acid storage. Device near it - semi-automatic HF etching oven (with programmed temperature profiles). On the right - place where 95% of the chips were etched, with minimal possible amount of 100-102% sulfuric acid, but on open flame. Flame is surely dangerous, but due to high etching speed - I can always monitor 100% of the process.

Safety notes: Open flame around so much wood is not a good idea. I am really starting to value non-flammable materials everywhere in a workshop. Fire extinguishers nearby are essential (and I had 2 around).
Over the years I had 2 test tubes cracked this way (surely, with acid). In both cases it was when I was using jet torch. Fortunately, it was just cracks with no acid splashing around. This proves once again that full PPE is mandatory when working with acid, and anything could happen without warning. No test tubes cracked since I switched to camping stove with "soft" flame. Also I used quartz test tubes for some time which also proved to be very reliable - but they are quite rare. 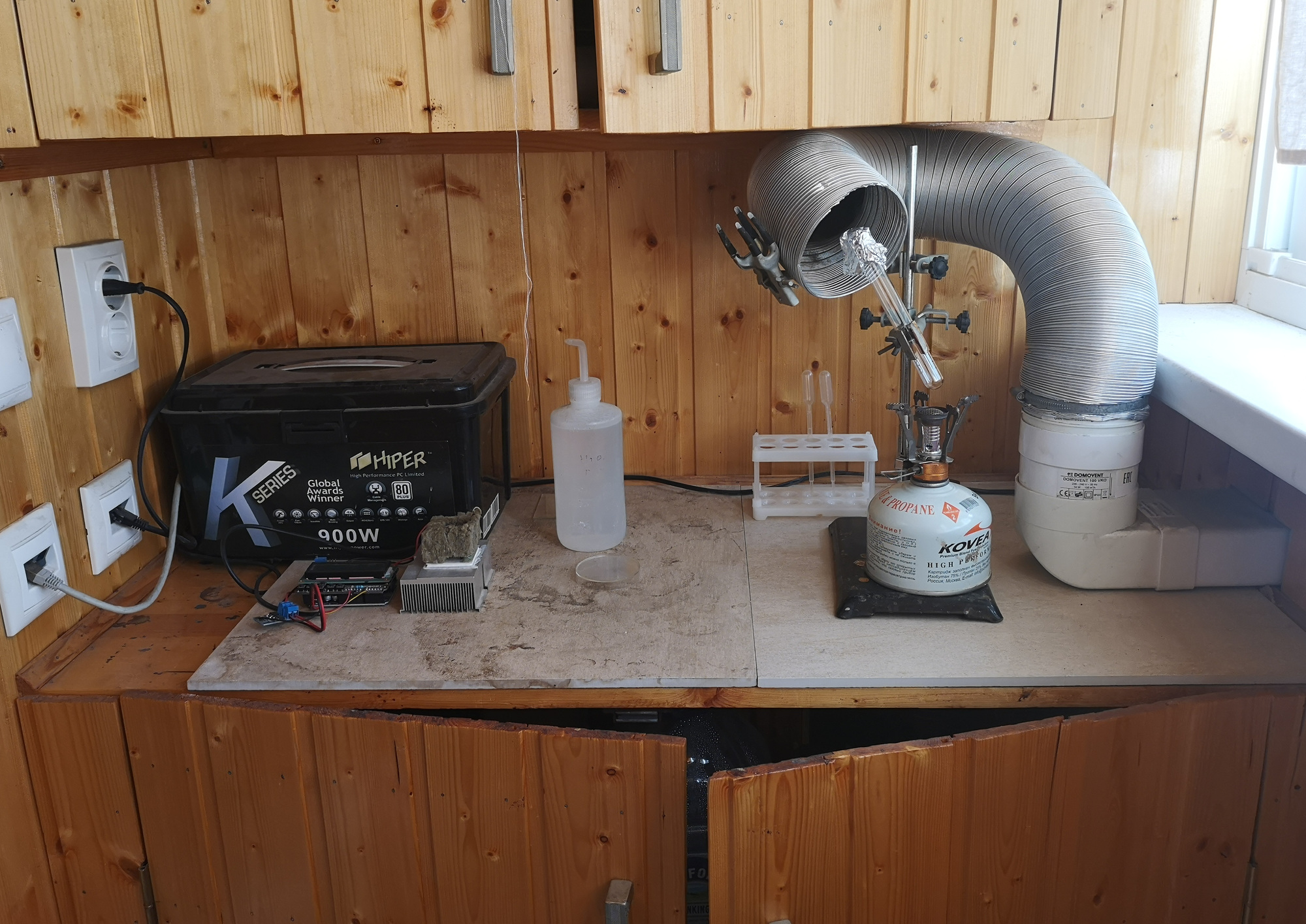 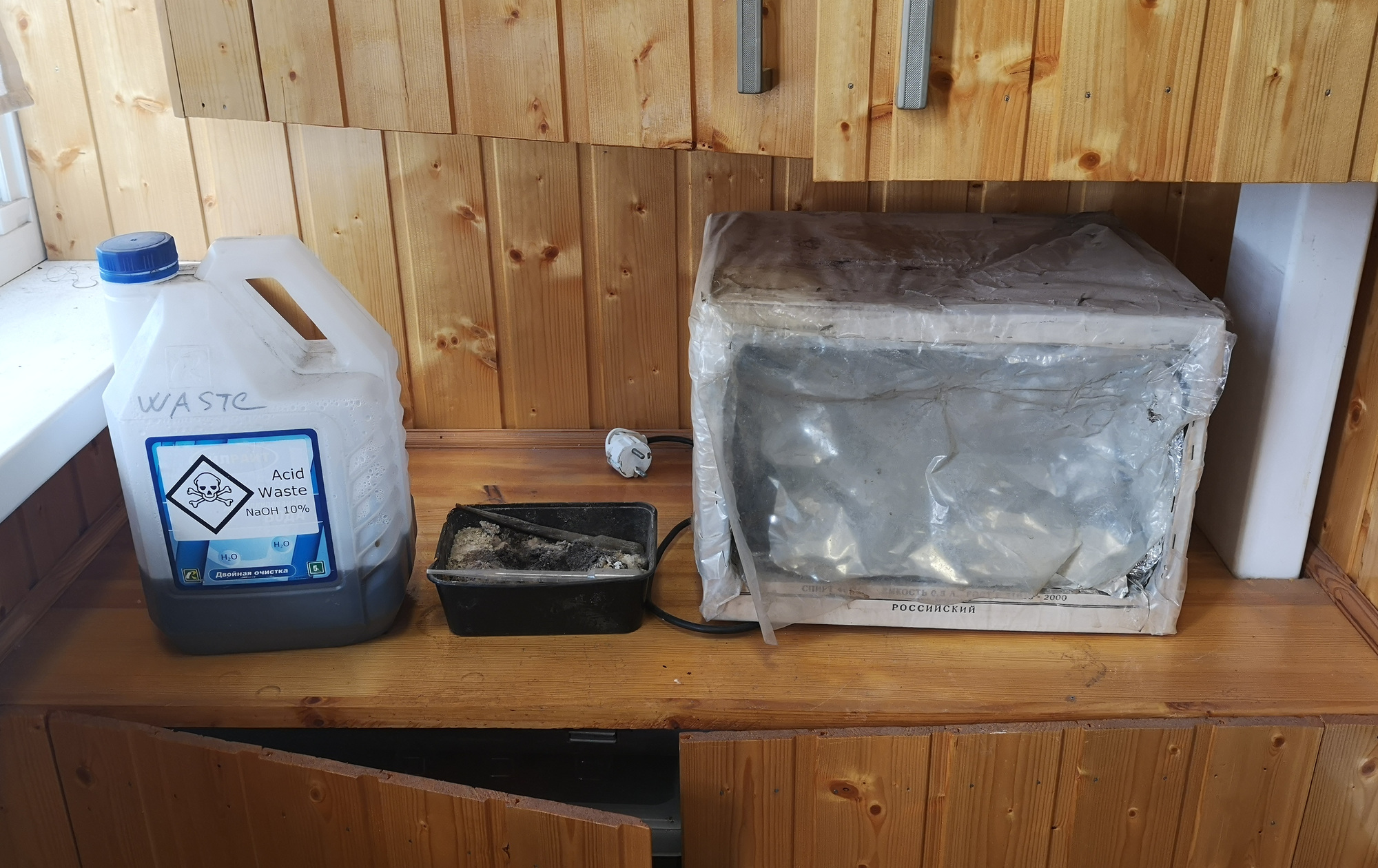 It was used to do very first etchings at Zeptobars 8 years ago (you can see it in 2012 article "How to «open» microchip and what's inside?"), and it surely has seen it's fair share of acid spills & boil-overs (typically caused by overshooting acid boiling temperature or getting too much water from plastic which lowers boiling temperature). Everything is covered in baking soda. Initially I bought 2 of these solder heaters, as I was anticipating first one to fail eventually. But it survived everything. 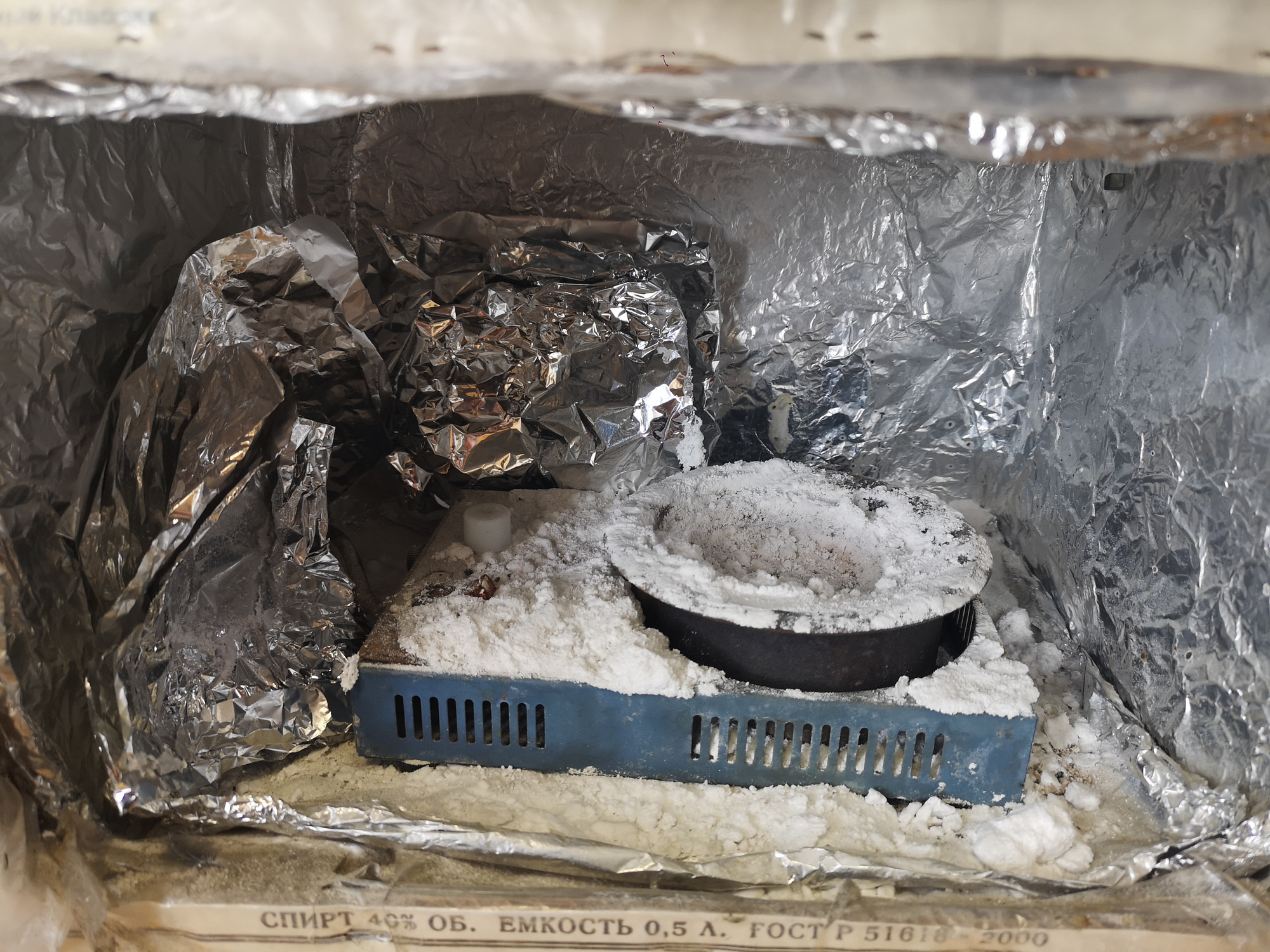 I will be slowly recovering decapsulation & imaging capabilities at Zeptolab-3 in Zürich by the end of this year, hopefully including laser decapsulation.

Meanwhile, if you have some assortment of ICs in metal cases and could send them to me - it could help to close the gap and keep the blog alive.
You can send us short description of chips and your name/link to mikhail@zeptobars.com:

Thanks for your continued support! Without it Zeptobars might have not survived 3rd relocation.

PS. Why red color on first photo? Lamps are cyan-corrected white + rgb for work with photopolymers/analog photography. Red was enabled just to make it unusual. Typically it is illuminated in white with corrected spectrum (spectrum hole near cyan is "covered").